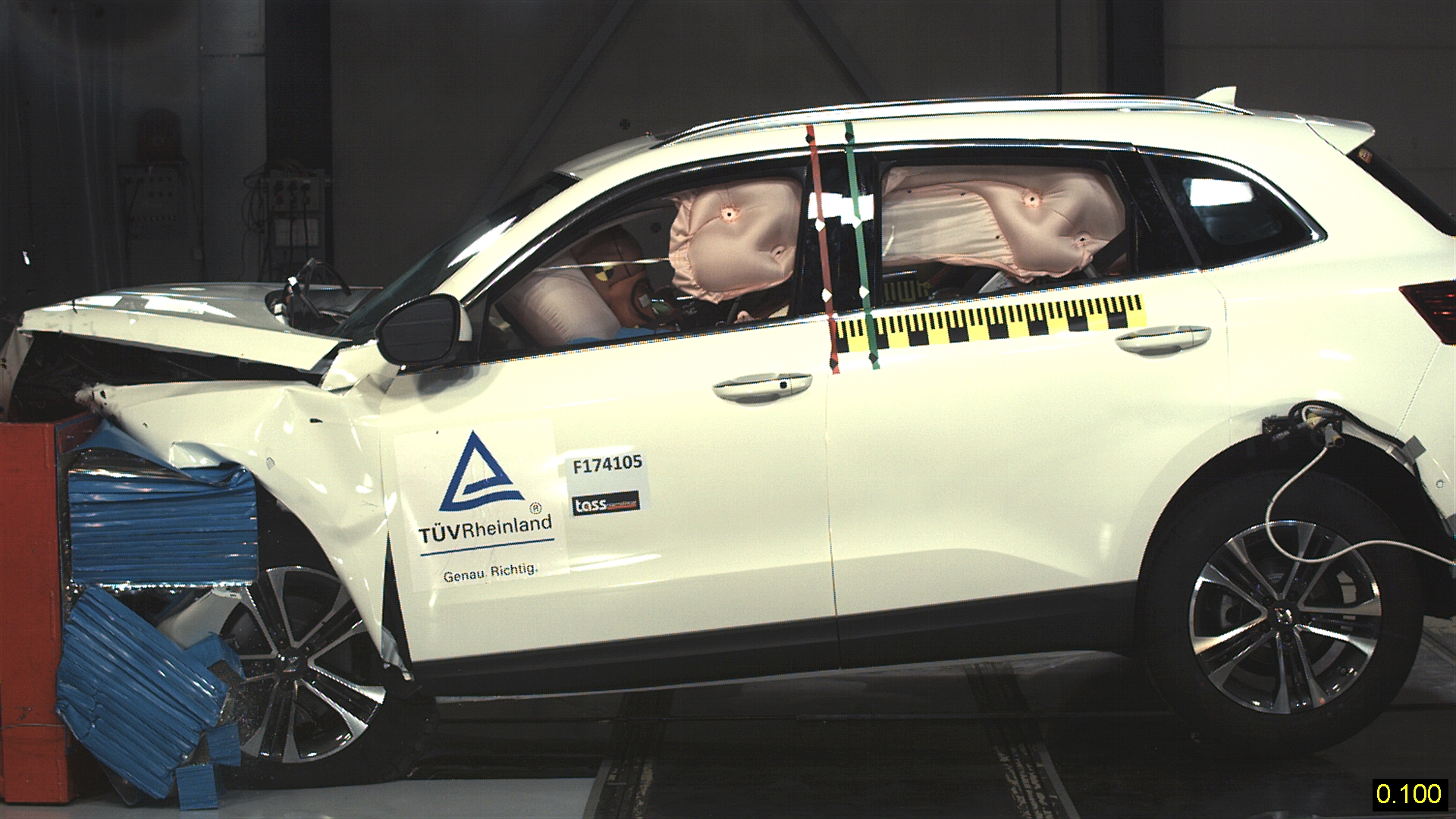 As part of its market preparation measures, Borgward Group AG cooperated with TÜV Rheinland to have a crash test conducted today at an NCAP-certified crash lab. In an offset frontal crash that was conducted according to Euro NCAP requirements, the premiere model for the German market did well across the board as it sped at 64 km/h into a deformable barrier with a 40 percent overlap. The deceleration values for the two adult dummies (in the driver’s and front passenger seats) and for the two child dummies on the rear bench seat were mostly in the non-critical range. Commenting on the crash tests, Dr. Tilo Schweers, Chief Developer of Borgward Group AG, emphasized the effectiveness of the comprehensive Borgward B-Safe safety system. “Occupant protection has top priority during the development of our vehicles such as the BX7,” he said. “The results of the first crash test in a neutral, certified lab in Europe demonstrate that we are on the right track in this area. This positive impression will be confirmed by the additional crash tests we have planned.”